Well, we have to say that Salt Lake City has taken us by surprise. We’ve enjoyed our visit here a lot. It’s a lovely city, well laid out and very clean. 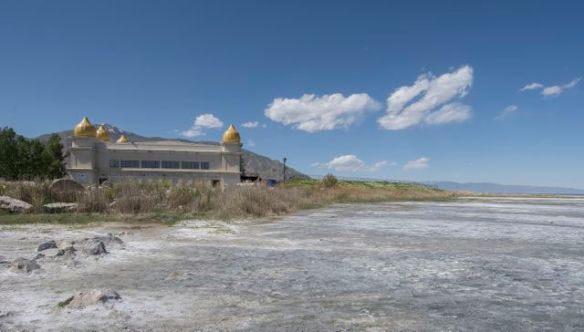 We started the day by visiting the Saltair. First built in 1893, it is now a concert venue situated right on the edge of the Great Salt Lake. It sits all alone with nothing surrounding it. In its heyday, at the turn of the century, trainloads of pleasure seekers arrived regularly at Saltair to sit or lie down, relax and float in the waters just like a cork because it was impossible to sink as it was so buoyant due to the high levels of salt in the water. Even now, thousands of people flock to the Lake to enjoy the experience. No swimming skills are necessary to enjoy the Lake, you just float. 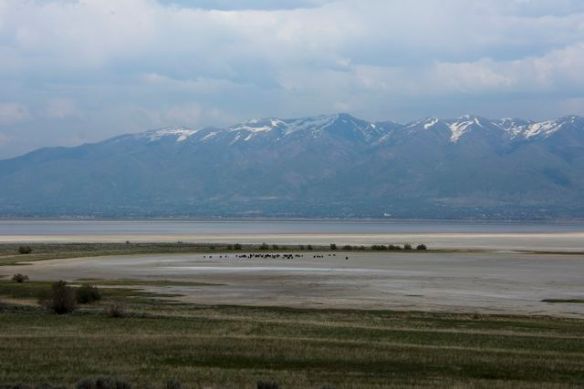 Bison on the Lake

The Lake has been created due to the influx of water from three different rivers.  With no exit point it means the water just evaporates leaving salt behind. The ratio of salt in the sea is three percent whereas in the Great Salt Lake it is thirty percent.

We then visited Antelope Island State Park, the largest island in Great Salt Lake. The Lake is a remnant of pre-historic Lake Bonneville, which covered more than 20,000 square miles during the Ice Age. The Lake is currently 75 miles long by 28 miles wide, covering 1,700 square miles and the maximum depth is about 33 feet. The Park is home to bison, bighorn sheep, mule deer and pronghorn antelope and were lucky to come across a 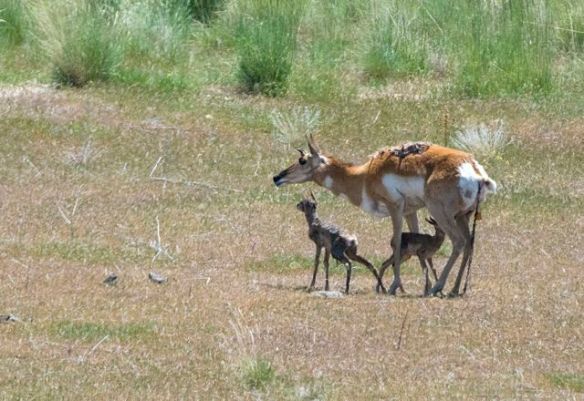 pronghorn antelope who had just given birth to two babies!

Artifacts reveal prehistoric people inhabited the island more than 6,000 years ago with John C. Fremont and Kit Carson making the first known Anglo Exploration of the Island in 1845.

The first permanent resident was Fielding Garr in 1848 and the ranch house he built was continually inhabited until 1981 and the building still stands today. While we were there we tried our hand at wrangling and needless to say, Simon was the winner, 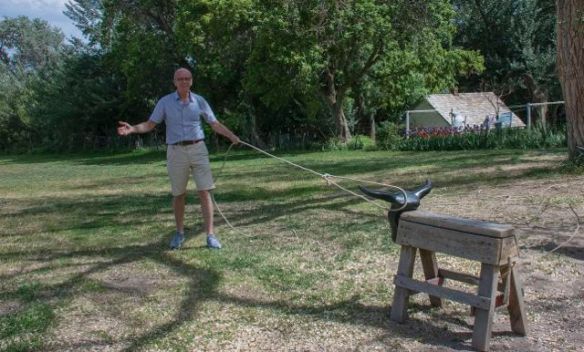 managing to get his lasso round one of the ‘cows’ horns! All I got for my failed attempts was a stint in the jail!

On our way to the Great Salt Lake this morning we found ourselves in Syracuse!! Well, how could this be, had we taken a wrong turn because we know that Syracuse is in the northern part of New York State? Well, you learn something every day and we now know that there are two towns called Syracuse in the U.S.

Note to my good friend Dot: make sure you take the right road or you could find yourself in Syracuse, Utah!!!!

No visit to Salt Lake City would be complete without a visit to Temple Square, home of the Morman Church. The buildings are magnificent.

Tomorrow we travel to Yellowstone National Park and unfortunately, they don’t have the internet there so we will be out of contact with the rest of the human race until the 27th of May when we will, once again, regale you of all the great things we will have seen and the wonderful pictures Simon will have taken! Well he hopes!

As we are visiting Yellowstone earlier than last year, we are hoping for lots of different photos. It will be much colder and there may even be a touch of snow!!

See you next week!!